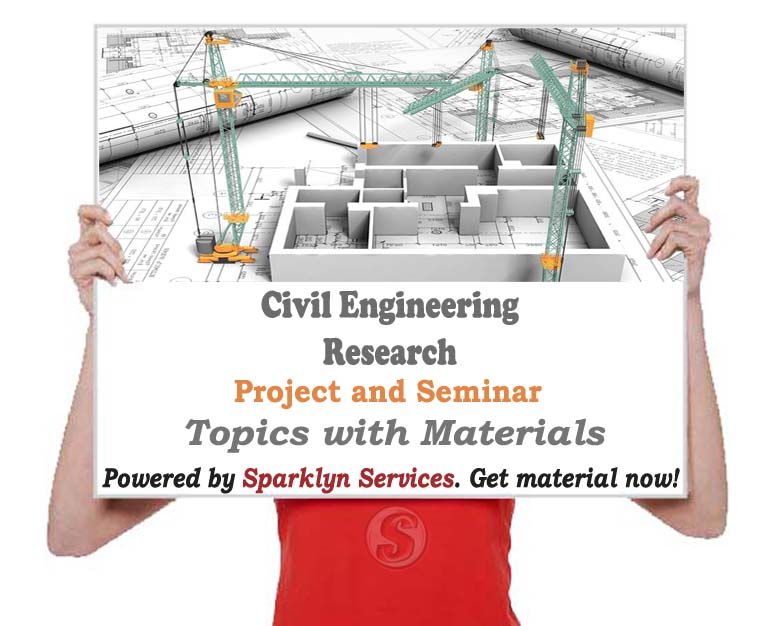 This research work titled "Erosion; Causes and Control (A Case Study of Nekede Old Road Gully)" is dedicated to God for his enabling grace and to all computer enthusiasts who help to make life a pleasant experience.

I owe my indebtedness to my Supervisor (Name of your Supervisor), the Head of Department (Name of your HOD), the Lecturers in the department of Civil Engineering, Book Authors and Profound Scholars of existing/related research work for your moral support that facilitated the successful completion of my (Tertiary Institution level). I am grateful to God Almighty and my parent for their financial support in my career. I really appreciate you all for everything, Thank you very much.

This study aims at determining the soil loss in a gully erosion site, using two methods ( calculation and measurement methods) particularly in the catchment area of Nekede old of owerri west L.G.A. in Imo state. Having said that soil is formed as a result of weathering of rock, it is also defined by Nacy D Gordon 2004, that soil erosion is the process by which soil particles are detached from solid materials and transported from one place to another internal agency such as wind or water. From the topic soil, erosion and control with the case study of old Nekede road, inadequate maintenance of the drainage system was one of the major problems that led to the cutting off the main road and e destruction of the drainage system.
The objectives comprises, the determination of the quantity of soil loss through the used of leveling instrument and also to profer the best method for determining and calculating the soil loss in a given site. The month of September was found to have the highest value of rainfall and average temperature of 25.250C.
For the first day of the experiment, it took 23,55,135, and 305 (all in seconds) for the first, second, third and fourth dams to be filled up and also took them 3600,4200,7620 and 10836 (all in seconds) to dried up and infiltrate. The procedures was carried out on experiment one and two respectively. After obtaining the results under measured and calculated, graphs for each experiment was plotted.
After this, the comparison of the two results was checked, which was accepted. Many soil loss equations was reviewed but only measured and calculated method was applied. Results gotten from the calculated method was thereafter compared with the result gotten from the measured method, to ascertain the most dependable and accurate method for determining soil in a gullied site.

1.0 Introduction
1.1 Background Of Study
Soil is formed as a result of weathering of rocks. It is a product of the interaction of living organisms with rocks. It has many layers which the topmost layer is called topsoil. And the removal, washing away or blowing away of the top layer of the soil (by wind, water or man's activity) is known as soil erosion.
Soil erosion is one of form of soil degradation along with soil compaction, low organic matter, loss of soil structure, poor internal drainage, Salinization and soil acidity problems. Land is a precious resource which is needed for agriculture and occupation; it is under pressure due to the increasing population. Soil erosion may be a slow process that continues relatively unnoticed or it may occur at an alarming rate causing serious loss of top soil. The loss of top soil, from farmland may be reflect in reducing crop production potential, lowering of surface water quality and drainage networks.
Therefore soil erosion is the process by which soil particles are detached from solid material and transported from one place to another through an internal agency such as wind, water, land slide wearing away and moving the surface constitutes of the earth. (Soil and rock, Nancy D. Gordon 2004).
It is a naturally occurring process that affects all landforms. In agricultural and other areas, a lot of devast ecological have has been caused among which are the destination of agricultural land, properties, lives and social infrastructures.
The implication of soil erosion by water extends beyond the removal of valuable topsoil. Loss of soil fertility, desertification and barren land are being caused by soil erosion. The soil quality, structure, stability and texture are affected by erosion which affects the holding capacity of the soil. Taking steps to preserve the quality and quantity of global soil resources should require no justification.
Our future ability to feed ourselves and to live in an unpolluted environment depends on our ability to understand and to reduce the rate at which our soils are currently eroding. Over the years, most research on soil erosion by water has concentrated on interrill (sheet) and rill erosion processes operating at the runoff plot scale.
Recent studies indicates that soil losses by gully erosion are far from negligible in a range of environments and that gullies are important and effective links for transporting water and sediments from uplands to valley bottoms and permanent channels. Consequently, there is a particular need for monitoring, experimental studies of gully erosion, as a basis for predicting the effects of global changes (land use and climate changes) on gully erosion rates as well on the contribution of this soil degradation process to overall land degradation.
The control measures adopted in the gullied have been concentrated on regulation of surface waters (their volume and velocity) and planting of trees to strengthen the soil.
These measures appear to have been successful in the shallow (4-15m deep) gullies cut mainly into red clay earth, they have failed in deep gullies cut into very permeable and cohesionless sand where the gully walls are indented with spring sand seepage sat various horizons.Some tributaries and channels from the World Bank (Area) in Imo State, like the Area H, Area G, Ojukwu Memorial Library, high chief Dr Emmanuel K. Uzor Avenue, Udenwa Estate all contributed to the channel that led to Old Nekede Road.
The most active and dangerous gullies occurred at this Old Road where it discharges it's sediment to the Ota-miri river. The gully had cut off the road, set some residents parking, repositioned aquatic life, breaking down of channels, swept crops etc. the incidents of gully erosion have caused much concern to the successive government of Imo State. Eroded soil can inhabit the growth of seeds, bury seedlings, contribute to road damage and even contaminate water resources and recreational areas.
Hydrologic design is the process of assessing the impact of hydrologic events on a water resource system and choosing values for the key variables of the system so that it will perform adequately, according to Chow (1988).
Surface water hydrology deals with movement of water along the watershed as a result of precipitation. Details analysis of surface water flow rate is highly important to such fields study as water supply, flood control, reservoir design, stream flow forecasting, irrigation and water quality control for economic and efficient design of such hydraulic structures, such as spillways, bridges, drainage works and aqueducts, a reliable estimate of the flood discharge is essential.
However, flood is essentially a random phenomenon it is therefore, difficult to predict the exact maximum flood which can occur in the future according to area (2004). Due to various causes such as interception, depression-storage, evapotranspiration and infiltration, the entire precipitation is always lost.

1.2 Statement Of Problem
Poor construction, inadequate maintenance of surface drainage systems, uncontrolled livestock access and cropping too close to both stream banks has led to soil erosion problem, to along Old Nekede Road.
The direct drainages from the erosion at Old Nekede Road opposite I.B Anyanwu Road includes:
Cutting off the main road that leads to Old Nekede.
No access way and road to the borrow pit.
No enough of productive farmland for farming, for building and construction of structures which may lead to residence parking if not looked into.
The destruction of the drainage system.
Prediction of soil loss at the gully sit.
1.3 Objectives of Study
The objectives are:
a) To determine and know the cause of soil erosion problem at Old Nekede Road and it's possible effect to the inhabitable of the area.
b) To profer the best method in determination of soil loss.
c) To find out the solution to erosion problem and carry out a detailed analysis of gully erosion control at old Nekede road.
d) To find preventive measures to soil erosion and learn from our observations, researches and results.
e) To determine the quantity of soil loss through the used of leveling instrument.

1.4 Scope Of The Study
The scope of the study involves site visitation, ministries visitation, such as works and agriculture, local government, websites and different test books for the collection of data like the reconnaissance survey of the site. Also, the collection of soil samples for the testing of the condition and type of parental materials, the state condition of the visited gully, taking photographs of strategic points, climatic conditions of the area of study, information about the erosion in general by the residence and through map and charts of the area.
Also preparing of artificial gully with check dams (metal plates) using leveling instrument for the elevation and running a discharge through it at some specific time interval or period. Later on, leveling instrument will be introduced to determine the existing level and the final level in front of the check dams.
After which the trapped soil samples will be scoop and measured with a calibrated conical flask. A formula will be used to determine the quantity of soil samples that will be trapped, which will be the calculated results. After which the two results will be compared using t-test hypothesis.

1.5 Significance Of The Study
This experiment will help to compare the use of leveling instrument and measuring method in determination of soil loss in a gullied erosion site.
This will serve as a guide to further studies.

Erosion; Causes and Control (A Case Study of Nekede Old Road Gully) Complete Material can be acquired by placing an order for the material which will be sent in Microsoft Word (MS-Word) Format and the cost of acquisition is ₦3,000.

The displayed research work titled "Erosion; Causes and Control" is stated as a research guideline towards accomplishing your assigned project / seminar research work. All the research materials on this website are ONLY for research purposes and should be used as a guideline in developing your research work. For no reason should you copy word for word as Sparklyn Services (sparklyn.com.ng) will not be liable for any who copied the material.
By ordering the complete research guideline, it signifies that you've accepted our terms of service.

Know your Project / Seminar Work (Erosion; Causes and Control): Here are the key point to study if your work is cumbersome or not.