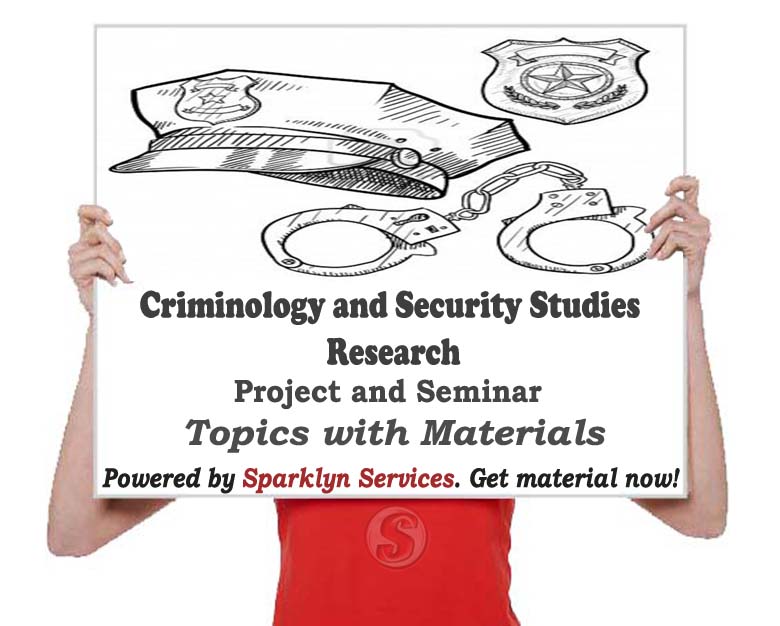 This research work titled "Causes of Domestic Violence and Abuse Against Women and It’s Effects on Family Relationship in Four Selected Local Government in Nigeria" is dedicated to God for his enabling grace and to all computer enthusiasts who help to make life a pleasant experience.

I owe my indebtedness to my Supervisor (Name of your Supervisor), the Head of Department (Name of your HOD), the Lecturers in the department of Criminology and Security Studies, Book Authors and Profound Scholars of existing/related research work for your moral support that facilitated the successful completion of my (Tertiary Institution level). I am grateful to God Almighty and my parent for their financial support in my career. I really appreciate you all for everything, Thank you very much.

1.0 Introduction
1.1 Background of the Study
Domestic violence against women has been a norm in the society today and we have lived with it not having the feeling that it is wrong anymore (Godwin 2005). Domestic violence is a product of long lasting unequal power relationship between a man and a woman that have resulted to the control over and discrimination against the women by the men and to the hindrance of the complete advancement by women.
Violence against women continues to be global epidemic that kills, tortures and maims physically, psychological, sexually and emotionally. It is among the increasing and fierce violation of human rights that hinders women of security, equality, personal dignity, self-worth and right to enjoy fundamental freedom. Domestic violence against women exists in many countries in the world, throughout the boundaries of culture, class, education, income, ethnicity and age (Un Declaration on the Elimination of Violence Against Women and General Assembly Resolution 1993).
Women Aid Collective (WACOL 2004) pointed that domestic violence can be likened to anything that provokes an action taken against someone, which is capable of robbing the individual his or her fundamental human rights. (Women Aid Collective 2004) also pointed that domestic violence is a kind bullying whereby an individual is dealt with physical or mal handled, hence resulting to injury on the individual just because the attacker cannot control the situation when it goes wild.
Kantor in Yogo (2008), pointed out that domestic violence is a serious global topic that is always associated with women's segregation from supportive ties to kin. It is a very vital component of gender-based violence that has been defined as those actions and activities that can result to emotional, physical and psychological damage to a person as a result of a mere misunderstanding (Ityavyar in Okeph, 2005). As an existing issue, violence against women however, relates to a large spectrum of issues bothering the existence of the female gender in relation to the family. The female counterparts suffer in there marital homes because God himself constituted marriage in the Garden of Eden and further subjected women to be a help mate. So consequently, our social system places women in an unfortunate position (Okpeh, 1999).
The Study of Secretary General of United Nation (2004) further explained that early marriage has to do with marriage of a child below the age of 18 years. Young
The study of Secretary General of United Nation (2004) explained that early marriage involves the marriage of a child below the age of 18 years. Young girls have not achieved full maturity and capacity to act, and lack ability to control their sexuality. When they marry and have children, their health can be adversely affected. Early marriage has inflicted dangerous and devastating effects on young girls who are compelled to tie the knot in most cases.
The convention on the Elimination of all forms of Discrimination Against Women (CEDAW) adopt in (1979) affirmed that the principle of fundamental rights and freedom of every human being are guided by a broad concept of human right that stretches beyond civil and political rights to the core issues of economic survival, health and education that affect the quality of daily life for most women and children. United Nation General Assembly (1993) postulated that violence and abusive behaviour continue to be a major cause of death, injury, stress and fear in various families. Domestic violence and abusive behaviour are responsible for poor family relationship, although personality conflicts and troubles within a marriage affect intimate behaviour, (Olson and Defrain 2006).
Htt://bahai-library.com.(2000) stated that, family relationship refers to unity which is strengthened by love. The members of the family all have duties and responsibilities toward one another and to the family as a whole. These duties and responsibilities vary from member to member because of their natural relationships. Such behavior can be seen in a man that stopped the wife from government employment and made her to engage in preparation and sales of local wine (burukutu) for many years. The woman could not further her education after primary school certificate.

1.2 Statement of the Problem
This study's problem was based on, the researcher's experiences, conversations and observations on the happenings in families. Husbands and wives do not discuss family issues but husbands take sole decisions. Through interactions with friends and colleagues, women talk about their situations at home, there they are commonly abused by their spouses through battering, sexual abuse, giving out female children in marriage at the early years and depriving them neither to participate in the decision of child marriage nor to take part in family affairs. Such early marriages limit education, affects young girls' academic pursuits, the future compromised and other opportunities often leading to early child bearing and increased health risks. Early child bearing affects female reproductive organs and health problems such as unsafe abortion, and obstetric fistula. Husbands take decision whether it suits the family or not. Though most wives and children suffer the consequences of the heads of the families decisions.
It is also observed that violation of women at home has made women situation difficult to participate fully in issues concerning them in the home and in the society. As such, women have no freedom to speak for themselves because of fear of punishment from their husbands. Men think women are meant for giving birth, taking care of the children and doing only domestic works. The problem statement pf the study therefore was whether domestic violence against women had effects on family relations.

1.7 Significance of the study
The findings of this study will help women in Taraba State to identify domestic violence. Through enlightenment they will learn to cope with such situations and be able to enjoy their relationship in the family.
The findings of this study will enable home economists to improve the content in family life relationship through teaching of students. It will help husband and wife to sit together to discuss family issues and take decision.
The findings will educate individuals and families through teachings in the classrooms in Home Economics subjects and courses, through seminars, conferences, giving talks to religious organizations in the church and mosques, in public religion gatherings. The knowledge gained from such teaching will broaden the knowledge of men to consider women as instrument for change because when women are educated, the whole family will be educated either directly or indirectly.
The findings will make husbands to involve their wives in decision making for the progress of their families and to give women rights and privileges for a harmonious relationship since the genesis of human behaviour starts in the home.

1.8 Delimitation of the Study
The study covered different kinds of domestic violence such as spousal abuse, sexual abuse, and early marriage of young girls and deprivation of women's rights in decision-making on family relationship.
The reason for choosing married men and women is that, they are people that have gone through violent behaviour in the home. As such they are in a better position to say much about domestic violence. It was delimited to married men and women in four Local Government Areas in Taraba State.
…

Causes of Domestic Violence and Abuse Against Women and It’s Effects on Family Relationship in Four Selected Local Government in Nigeria Complete Material can be acquired by placing an order for the material which will be sent in Microsoft Word (MS-Word) Format and the cost of acquisition is ₦3,000.

The displayed research work titled "Causes of Domestic Violence and Abuse Against Women and It's Effects on Family Relationship in Four Selected Local Government in Nigeria" is stated as a research guideline towards accomplishing your assigned project / seminar research work. All the research materials on this website are ONLY for research purposes and should be used as a guideline in developing your research work. For no reason should you copy word for word as Sparklyn Services (sparklyn.com.ng) will not be liable for any who copied the material.
By ordering the complete research guideline, it signifies that you've accepted our terms of service.

Know your Project / Seminar Work (Causes of Domestic Violence and Abuse Against Women and It's Effects on Family Relationship in Four Selected Local Government in Nigeria): Here are the key point to study if your work is cumbersome or not.