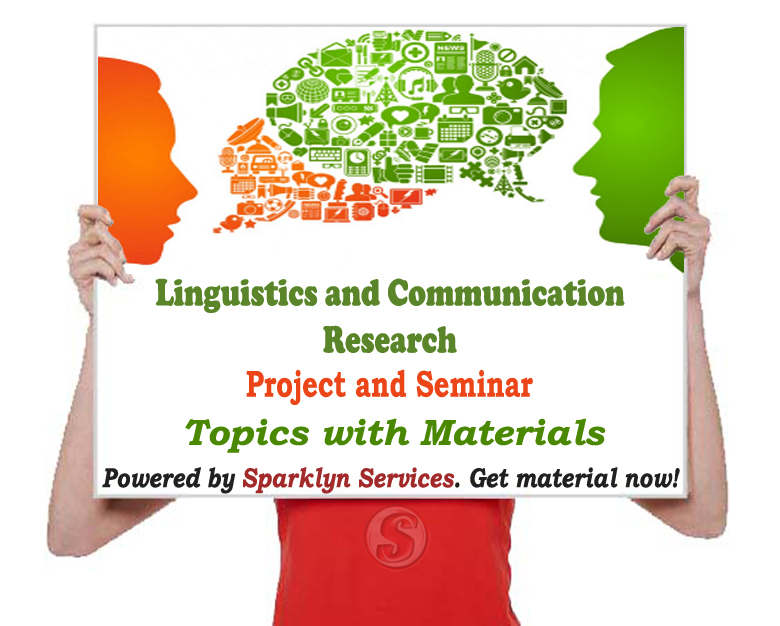 This research work titled "Syntactic and Lexico-Semantic Analyses of Selected SMS Text Messages" is dedicated to God for his enabling grace and to all computer enthusiasts who help to make life a pleasant experience.

I owe my indebtedness to my Supervisor (Name of your Supervisor), the Head of Department (Name of your HOD), the Lecturers in the department of Linguistics and Communication, Book Authors and Profound Scholars of existing/related research work for your moral support that facilitated the successful completion of my (Tertiary Institution level). I am grateful to God Almighty and my parent for their financial support in my career. I really appreciate you all for everything, Thank you very much.

Words form the basis for a Linguistic analysis at any level of language study. The aim of this essay was to identify the various Lexical and Syntactic elements that make up personal text messages among the students of the University of Ilorin. Lexical features, Lexical relations, Word-formation processes and Word Sequences were employed to unravel the Lexical and Syntactic elements contained in selected text messages. Among the findings in the work were that nouns are the most prominent lexical features in the personal text messages of the students of the University of Ilorin, while adverbs are the least used lexical features in the composition of these messages.
It was also discovered that most of the words that were used in composing the messages were created through the word-formation process of derivation and that simple sentences in the most used sentence sequences in these messages. The conclusion in the essay was that effective communication through personal text messages among the University of Ilorin students can be ensued, if the receivers of the messages take into cognizance the various Lexical and Syntactic elements identified in their interpretation.

1.1 Introduction
Communication through an effective use of language is a tool that makes a good human relationship. Human beings are considered higher animals because of their ability to communicate effectively through the use of language. Language as a tool for effective communication is the most important part of a human being that makes him different from animals, Adedimeji (2005,p.1). As a result of this great role language plays in a man's life, language is studied at five major levels in linguistics (Tomori,1977,p.21 as cited by Adedimeji,2005,p.1). These levels are Phonology, Morphology, Syntax, Semantics and Pragmatics. Words are very essential in every level of language analysis.
A Lexeme as defined by Crystal (2008) is “a term used by some linguists to refer to the minimal distinctive unit in the semantic system of a language”. Crystal (2008) also defined Semantics as “a major branch of linguistics devoted to the study of meaning in a language”. Lexico-semantics therefore combines both the meaning of ‘Lexemes' and ‘Semantics'. It originated from the linguistic fields of Lexicology and Semantics. Lexico-semantics as a subfield of Semantics addresses words and their meanings. It investigates the daily use of words among interactants with the aim of effective communication. Lexico-semantics deals with the relationship that exists between words, their meanings and the messages they convey.
SMS is a short message service that allows information to be passed across from one person to another, over a network at a particular rate. SMS is used as an abbreviation for all types of short text messaging in many parts of the world. SMS text messaging is one medium of communication that has found its way into the system of communication over the past few years. It is one technological device that its use is fast growing over a wide range in the whole of Africa and even the globe.
Communication through SMS is done by no other means but by the use of words. Lexemes are used to facilitate the effectiveness of this device. The effectiveness of this medium of communication depends on the appropriate combination of the words it carries, and in the combination of these words lies what is known as the message. Therefore, the relationship that exists between Lexico-semantics and SMS text messaging is effective communication, which is made possible through an appropriate combination of words into text messages.
From the foregoing, this work aims to investigate and identify the processes involved in the creation of these words, the various lexical relations and features that exist among the words that make up text messages. This will enhance a better interpretation and prevent misinterpretations among participants.

1.2 Statement Of The Research Problem
The problem which this work intends to solve is the problem of the misinterpretation of text messages as a result of a wrong choice of words or arrangement of lexemes in the composition of text messages, thereby leading to a breakdown in communication. This work intends to identify the various word-formation processes involved in the creation of new words, the lexical features and relationships that exist among words and also how these words are sequenced to build larger grammatical units. This work also intends to examine how these words contribute to the interpretation of a text message, thereby leading to better choices of words on the part of the sender and a more precise interpretation on the part of the receiver.

1.3 Purpose Of The Study
The purpose of this study is to contribute to the body of knowledge through an investigation into the combination of word and their meaning in conveying an SMS. This work seeks to examine selected personal text messages sent by the students of the University of Ilorin between the ages of 18-25 years, identify the word-formation processes, lexical features and relations that exist among the lexemes that are contained in them. Also, how the knowledge of the lexical and semantic relations contribute to the meaning of the text messages would be examined. This will help to promote a better understanding of text messages.

1.4 Scope Of The Study
This work will focus basically on the analysis of thirty personal text messages of the University of Ilorin students between the ages of 18-25 years. The analysis will be carried out through an identification of the word-formation processes, lexical features and relations and the word sequences among the words that make up these messages. The study will also take a look at the sequencing of words in the messages and how all these features contribute to the understanding of these messages.

1.7 Data Description
SMS was first used in December 1992 by a 22-year-old named Neil Papworth. The concept of SMS was developed by Friedhelm Hillebrand, Bernard Ghillebaert and Oculy Silaban in 1984, in the Franco-German GSM cooperation. However, following the inception of the Global System of Mobile communication (GSM) in Nigeria, in the year 2001, Alabi, (2010b), SMS text messaging has become a major medium of passing across information from one person to another irrespective of the distance between the ‘sender' an ‘receiver'. MTN, which happened to be the first GSM Company in Nigeria, commenced its commercial services in August 2001. This commencement brought the Short Message Service (SMS) to limelight in the Nigerian communication system. Ever since then, text messaging has taken different turns.
The data for analysis in this study are personal text messages, as described by Chiluwa (2007) as “well wishing messages and messages that are used to express emotions”. Thirty of these messages have been selected for analysis using certain tools that will be discussed in the next chapter.

1.8 Summary
So far in this chapter, an insight into the variables of the topic of this study has been created, the purpose, scope, justification and methodology for this study have been discussed. A more extensive and detailed discussion of the approach to the study and its elements is hoped to be discussed in the next chapter, which is the literature review.
…

Syntactic and Lexico-Semantic Analyses of Selected SMS Text Messages Complete Material can be acquired by placing an order for the material which will be sent in Microsoft Word (MS-Word) Format and the cost of acquisition is ₦3,000.

The displayed research work titled "Syntactic and Lexico-Semantic Analyses of Selected SMS Text Messages" is stated as a research guideline towards accomplishing your assigned project / seminar research work. All the research materials on this website are ONLY for research purposes and should be used as a guideline in developing your research work. For no reason should you copy word for word as Sparklyn Services (sparklyn.com.ng) will not be liable for any who copied the material.
By ordering the complete research guideline, it signifies that you've accepted our terms of service.

Know your Project / Seminar Work (Syntactic and Lexico-Semantic Analyses of Selected SMS Text Messages): Here are the key point to study if your work is cumbersome or not.