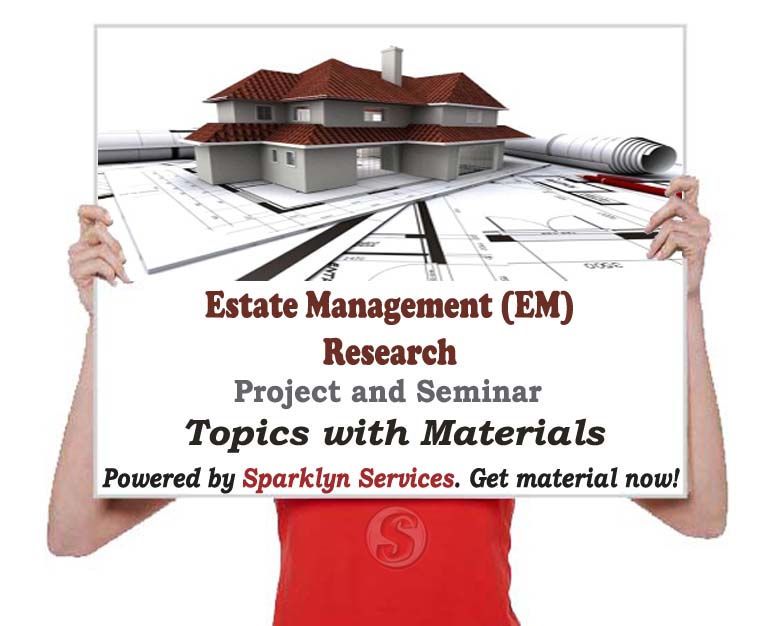 This research work titled "The Assessment of Information Housing Development (A Case Study of Owerri Urban)" is dedicated to God for his enabling grace and to all computer enthusiasts who help to make life a pleasant experience.

I owe my indebtedness to my Supervisor (Name of your Supervisor), the Head of Department (Name of your HOD), the Lecturers in the department of Estate Management (EM), Book Authors and Profound Scholars of existing/related research work for your moral support that facilitated the successful completion of my (Tertiary Institution level). I am grateful to God Almighty and my parent for their financial support in my career. I really appreciate you all for everything, Thank you very much.

Owerri urban the capital of Imo State have over the years being witnessing a progressive increase in population growth with the attended incidences of urbanization which have resulted in the rapid rise in housing demand. The housing program introduced at different times at the various levels of government could not afford its citizens adequate and conducive accommodation. This mobility of the government to meet accommodation needs gave using rise to informal housing development in Owerri urban.
Informal housing development is a process of constructing housing or settlement by individuals without approval or permission from the appropriate authorities.
With respect to the above this project work aim to access the informal housing development in Nigeria using Owerri urban as a focal point which will involving investigating the following:

1.0 Introduction
1.1 Background to the Study
Housing is recognized world-wide as one of the basic necessites of life and a pre requisite to survival of man (Onibokun, 1983; united Nations 1992, Saln (1990). A house is a place in which it provides sheltes, refuge, comfort, security, and dignity. The housing industry can be a stimulus to national economy (onibokun, 1983). A house also provides the physical framework in which human, social economic and cultural resources are realized and integrated. In the traditional African setting in particular housing is infact, one of the greatly cherished material properties. This is because of the other functions that a house performs in the traditional society includes the protection of family cohesion and values, taking care of the aged through the protection of the ancestral values, among others.
Over year now, Owerri urban has been witnessing sporadic increase in population which gave rise to rapid high demand of housing. The inability of the government to meet housing needs through the housing programs it introduced at different times at various levels of government coupled with the shambles of the city made it very difficult for citizens to afford adequate, accepted and conducive housing accommodation and it also gave rise to irregular housing developments.
Irregular settlements also have become so pervasive that they seem to outnumber legally, planned development, and their social legitimacy appears to be no longer in question. Unfortunately, the appalling environmental conditions associated with informal sector activities and settlements constitutes a major threat to he health and wellbeing of Owerri urban life.
The weaknesses of government planning controls and the haphazard developments associated with the informal sector have created disorderly and unhealthy urban environments.

1.2 Statement Of Problem
There is a shortage of legally planned housing in Owerri urban, which impacts on the opportunities and choices for the people. Without a range of suitable properties within a city, it is difficult to encourage sustainable community and maintain a urban, living country side. Developing a well-planned housing is one of the crucial issues that influences the economic and social strength of urban communities, and is a major contributor to long-term community sustainability.
There is also challenge of how to support and regulate the housing development in Owerri urban in order to promote employment, productivity, and income for the poor, and at the same time ensure a safe, healthy and socially acceptable environment. Informal sector enterprises, especial those located in residential areas, pose real health hazards for the urban community, particularly for the urban poor who can least afford the high cost health care.
Also there is problem of how to contain the adverse environmental impacts of many of the activities caused by the informal housing situation in Owerri urban without disrupting livelihoods, and causing social distress.

1.3 Aim And Objectives Of Study
The aim of this project is to assess the informal housing development in Owerri urban and for us to achieve this aim, the following objectives are identified,

1.4 Research Hypothesis
This work reviews factors that participated in the expansion of irregular settlements in the city of Owerri. The central hypothesis is that popular urbanization in Owerri has gone through 3 stages. The first stage is characterized by the state and municipal governments authoritarian resonses to a settlement.
The second stage is characterized by the autonomy granted to the owners to sell parts of their lands and in the third stage, speculation or acquisition of more than one property becomes a motive for the appearance of more irregular settlement.

1.6 Limitation Of Study
Some factors had caused some constraints in the course of this study, constraints like;
Time:
The duration for this research work is to short for the study to be carried out in a more complex scope. In other words, the time needed to survey the area and collect data from sources is limited.
Resources:
The limited resources available for carrying out this research work posed constraint during the research. There was data to be collected and interviews to be conducted but no enough resources to see me through it all.
…

The Assessment of Information Housing Development (A Case Study of Owerri Urban) Complete Material can be acquired by placing an order for the material which will be sent in Microsoft Word (MS-Word) Format and the cost of acquisition is ₦3,000.

The Assessment of Information Housing Development

The displayed research work titled "The Assessment of Information Housing Development" is stated as a research guideline towards accomplishing your assigned project / seminar research work. All the research materials on this website are ONLY for research purposes and should be used as a guideline in developing your research work. For no reason should you copy word for word as Sparklyn Services (sparklyn.com.ng) will not be liable for any who copied the material.
By ordering the complete research guideline, it signifies that you've accepted our terms of service.

Know your Project / Seminar Work (The Assessment of Information Housing Development): Here are the key point to study if your work is cumbersome or not.

Summary Headlines for The Assessment of Information Housing Development