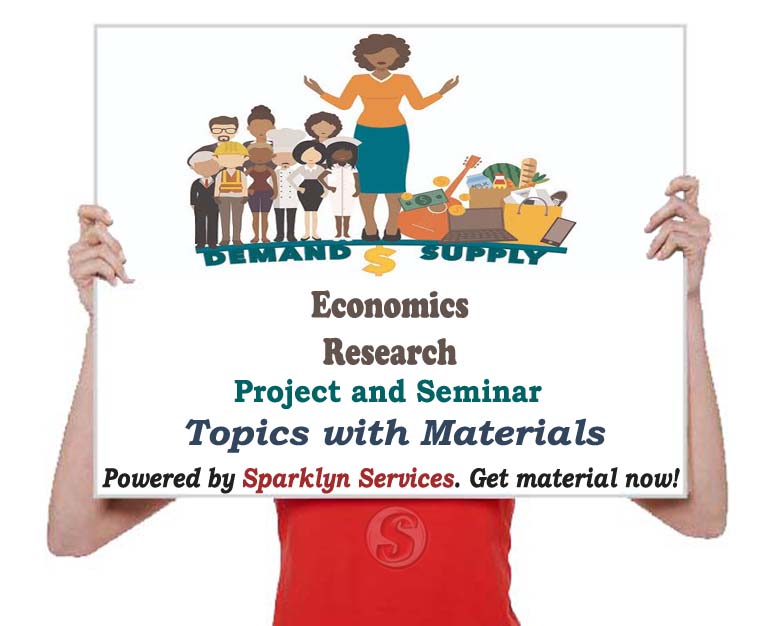 This research work titled "The Efficiency of Monetary Policy in Contribution Inflation in Nigeria" is dedicated to God for his enabling grace and to all computer enthusiasts who help to make life a pleasant experience.

1.0 Introduction
1.1 Background To The Study
The monetary policy of a country deals with control of money stock (liquidity) and therefore interest rate; in order to influence such macro economics variables as inflation, employment, balance of payment, aggregate output in the desired direction. There is no standard and ideal structure of monetary policy target and instrument, the instrument varies from country to country, depending on the size and stage of development of the financial market.
Over the years, the objective of monetary policy have remained the attainment of external balance. However emphasis on techniques/instrument to achieve this objective have change over the years. There have been two major phases in the pursuit of monetary policy namely, before and after 1986. the first phase placed emphasis on the direct monetary control, while the second relies on market mechanisms.
The monetary policy before 1986:the economic environment that guided monetary policy before 1986 was characterize by the dominate of the oil sector, the expanding role of the public sectors in the economy, and over dependence on the external sector. In order to maintain price stability and a healthy balance of payment position, monetary management depend on the use of direct monetary instrument such as credit ceiling, selective credit controls, administered interest and exchange rate, as well as the perception of cash reserve requirement and special deposits. The use of market — based instrument was not feasible at that point because of the underdeveloped nature of the financial market and the deliberate restraint of interest rate.
The most popular instrument of monetary policy was the insurance of credit rationing guideline, which primary set rate on the change for the component of commercial bank loan and advances to the private sector. Globally the problem of the inflationary is not peculiar to Nigeria, but it is a general problem confronting the majority, if not all countries of the world. The attempt by Nigerian government to attain a higher level of economic development at this period, generally lead to inflationary spiral in the country.
But whether inflation in Nigeria is due to monetary mismanagement on the part of the authorizes concerned or caused by interest structural deficiencies, still remain uncertain. Many factors have been identified to be responsible for inflationary pressure in the country. In a symposium of inflation in Nigeria held at university of Ibadan in 1983, November, most of the participant stressed on money supply, nature of government expenditure limitations in real output and the inflation (imported) as the major causes of inflation in Nigeria. In the case of formulating monetary policy, it is of paramount importance to specify objectives and also impossible to evaluate performances.
Analysis of the institutional growth and structure shows that the financial growth rapidly in the mid 1980s and 1990s. the number of commercial banks rose from 34 — 64 in 1995 and decline to 51 in 1998 while the number of merchant banks increased only to 12 in 1986, to 54 in 1991 and subsequently decline to 38. in the network, the combined commercial and merchant bank branches rose from 12,549 in 1996. There was also substantial growth in the number of non — financial institutions especially insurance companies.
The objective of monetary policy since 1986 remained the same as in the earlier period namely; the stimulation of output and employment and the promotion of domestic and external stability. In line with the general philosophy of economic management under structural adjustment programme (SAP). Monetary policy can be developed for encouraging investment and controlling inflation, while fiscal policy can be effective to reducing consumption of luxury and ostentation goods. But our major concern will be to explore the efficiency of monetary policy in an economy in controlling inflationary pressure in an economy like Nigeria.
It is generally believed by some economist that inflationary effect are quite harmful to some business establishment. Thus could be so because vender often lose in the sense that the valve of the money falls short of it original purchasing power. The extent of the effect of inflation in Nigeria could be appreciated from the following examples:in 1985, it stood at 5.5 percent, indicating an annual percentage increase of 20.1 percent compared to 40.9 percent in 1989.
It has been accompanied with high level of unemployment rate at 4.3 percent in 1985 and 18.5 percent in 1989. Thus has force Nigeria to adopt several monetary measures within and the problem of inflation as could be seen from the associated increases in the cost of production during the periods under consideration.
It is therefore under the above that we will like to adopt some of the mix of policy instrument used and hence their efficiency as regard inflation control.

1.2 Statement Of The Problem
Many attempts being made by the Nigeria authorities to attain higher rate of economic growth and development have generally being accompanied by certain degree of price increase in recent years, the phenomenon developed into several and prolonged inflation and stag inflation. Indeed, it is increasingly being recognizes that a process of rapid economic growth is likely to provoke inflationary pressures. However, whether the problem of inflation in this country is due to mismanagement of monetary policy tools or structural deficiencies still remain a controversial matter.
During the last decade the problem of inflation and deflation to economic growth and development have been extensively discussed. The problem is not peculiar to Nigeria but has assumed a global phenomenon. It is generally agreed worldwide that inflation is socially unjust. Inflation also affects general economic behavior and the pattern of resource allocation. By distorting price relations and undermining general confidence, prolonged inflation tends sector; and thus slackens growth.
Furthermore, inflation discourages private saving and encourages speculation among the various economic units. Another consequence is that it result to balance of payment difficulties and reduces the external valve. Nigeria being a market economy and therefore having its national economic management strategies largely informed by Neo-classical and Keynesian persuasions have sought over the decide for the solution to this problem through the adoption of the analysis and recommendation of these school of thoughts.
Economic aggregate as; national income, savings, investment and consumption expenditure have been experimental upon to varying degrees with respect to taxes public expenditure, savings campaign, credit controls wages adjustments and all the conceivable anti- inflation measures affecting the propensities to consume, save and invest which all combined should determine in general level.
All the measure so far adopted were inadequate in solving the problem of inflation in the country. The suffering of masses are unending as daily price surges occur indeed a more for reaching solution to the problem is needed hence, this study seek to find what control has monetary policy on inflation.

1.3 Objective Of The Study
It is necessary to state the primary objective of this research having identified the ruling monetary policy instrument in Nigeria and some the economic objective that they are expected to influence.
These objectives include:

The policy recommendation based on the above findings will be used as a guide in the further application of monetary policies.

1.4 Statement Of Hypothesis
Based on the statement of the problem and the purpose of study, the following hypothesis were formulated.


1.5 Significance Of The Study
Full employment, equilibrium balance of payment, economic growth and price stability are the four primary goals of any economy which Nigeria is not an exception.
It is therefore the aim of this study first and foremost to study the efficiency of monetary policy in controlling inflation in Nigeria. The important of this study to policy makers cannot be over- emphasized in the economy considering the alarming rate of inflation increment over the years especially in the 90s.
This study will therefore be of immense help to policy makers, government and it agent, ministers of finance, investors — both foreign indigenous and the entire Nigeria populace.
This study will also study the type of inflation, causes and ways of controlling it and it impact on economic development of Nigeria.

1.6 Scope Of The Study
Since inflation arises when aggregate demand exceed aggregate supply, we shall focus our attention at examining the control monetary policy has on thus primary variables.
In this a year period is adopted 1984 to 1985. We hereby try to analyze the causes effect of Nigeria inflation in terms of some qualifiable as; money supply, real output etc.
1.7 Limitation Of Study
The limitation of our study centers around time, availability of material and money. The time limit with which this study has to be completed is little more than three months.
Theses limitation not with standing the researcher has made every effort to ensure in realization of the research objectives.
…

The Efficiency of Monetary Policy in Contribution Inflation in Nigeria Complete Material can be acquired by placing an order for the material which will be sent in Microsoft Word (MS-Word) Format and the cost of acquisition is ₦3,000.

The displayed research work titled "The Efficiency of Monetary Policy in Contribution Inflation in Nigeria" is stated as a research guideline towards accomplishing your assigned project / seminar research work. All the research materials on this website are ONLY for research purposes and should be used as a guideline in developing your research work. For no reason should you copy word for word as Sparklyn Services (sparklyn.com.ng) will not be liable for any who copied the material.
By ordering the complete research guideline, it signifies that you've accepted our terms of service.

Know your Project / Seminar Work (The Efficiency of Monetary Policy in Contribution Inflation in Nigeria): Here are the key point to study if your work is cumbersome or not.